Hi, my name is Jim Samuelson. I pastor a church in Fargo, ND called, “Springs of Living Water.”  I have been living for the Lord since the beginning of 1982 after giving my heart to the Lord in jail for drug sales. This took place through the outreach of 1st Assembly of God jail ministries in Fargo.  I spent 33 months at Federal Correctional Institute in Sandstone, MN.  Sandstone is between Minneapolis & Duluth, MN.

Jail was a time of seeking the Lord, prayer and fasting for me. By the time, I was 7 months old in the Lord I was fasting a week of water at a time while working in the kitchen and working 1 1/2 hours a day.  I was blessed to be able to spend the rest of my day seeking the Lord. I had an opportunity to do computer classes, but had no release from the Lord.  I learned to spend 1 to 3 hours a day in prayer,  letting the Lord pray through me, as I entered into the rest, being still, listening, and obeying, releasing His anointing.  This was an awesome time of the Lord building a foundation in me. I got out in May of 1984 and have been totally drug and alcohol free ever since.

I started going to 1st Assembly in Fargo in May of 1984.  I started a painting business and got involved in Full Gospel Businessmen’s Fellowship with the Fargo chapter. I became a Vice President for 3 years, followed by being President for another 3 years. While at Assembly I became a deacon for 3 years. During this time, I taught a healing class and my hands began to burn with a tremendous heat that lasted for 6 days starting on the 1st day of the class. In 1992, Rodney Howard Browne came to Fargo and I spent 3 weeks catching for him.  This changed my life as I learned about the transference of the anointing with the joy of the Lord.  During this time I was teaching a class on healing and applied the same principles of transferring the anointing for the joy of the Lord to healing and began to see many healed and continually filled with the joy of the Lord.

I started the Jim Samuelson Evangelistic Outreach Association. In 1994, I did about 70 meetings in the tri-state area.  In 1995 we did about 120 meetings with many healed and set free. At these meetings and since then we have been continually been seeing people saved, healed and filled with the joy of the Lord ever since.  We traveled the tri-state area and have done about 15 weeks of tent meetings.

On October 31, 1999 I started Springs of Living Water Church for the purpose of training believers to walk in the fullness of the Spirit as sons and daughters of the Most High God.  Walking and living in the Kingly anointing that has been made available to us.  I have a vision for full time revival and will not back off.  We believe that out of revival will come a school of ministries to train ministers of the gospel to walk in power.

There has been strong intersession on the believers here. People have been seeing angels and the presence of the Lord has been increasing. Greater miracles have been taking place.  We have an open heaven over Springs and we are ready to run with it!

Glory be to God,
Pastor Jim 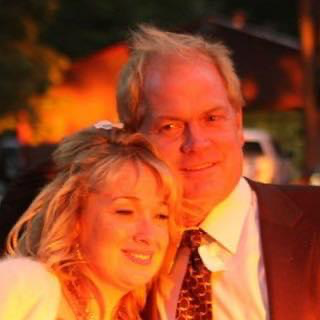